UPDATE:  Based on comments below, it seems that Carlsberg is NOT gluten free.  I'll leave this post up to warn others.  Thanks for the comments!

I recently went up to Mammoth Mountain in Northern California to celebrate my friend Travis' birthday.  Before going up there we made sure to stop in at our local Trader Joe's to pick up lots of wine for the trip for me and beer for him and the other guests.  While I've tried Redbridge and Bard's Tale, I haven't been impressed by either.  I used to have acquired the "acquired taste" that beer requires back when I was able to ingest gluten; perhaps I've lost that after so many years of not having beer that my taste buds just aren't into beer anymore.  Are any of you readers fans of these two gluten free beers?  I'd love to hear impressions from other people who remember what "real" beer tastes like. 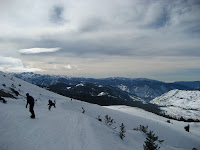 We were joined on the trip by Aubrey, who is trying out the gluten free diet to attempt to alleviate some of her stomach problems.  She did some googling and found out that Carlsberg is now advertising their light beer flavor as gluten free!  Check out the official site here.  I was too nervous to try the beer, as I wanted to read more on the subject for myself.  Now that I've been able to scour the internet on my own, it seems that many gluten free people have had positive experiences with Carlsberg's light beer. 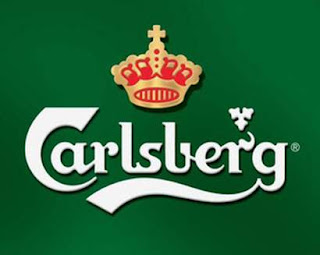 I am venturing to the store today and will be sure to pick up some of Carlsberg's light beer to test it out for myself.  In the meantime, do any readers have experience with it?  Or any other gluten free beer suggestions?

I would recommend either Greene's Beer (from Belgium) or Estrella Damm's Daura. I just posted a review of the Daura on my blog here: http://www.gfmadefriendly.com/2011/01/product-review-estrella-daura.html

The beer you refer to is available in Finland, called Sinebrychoff Light:

Hi there! Love your blog! Re beer, I've gotta admit haven't tried any GF beer yet -- am waiting for GF Guiness or equiv.!

How'd you get "GF" on freeway sign? Photoshop? Great job!

GFPhilly is correct, Carlsberg is not gluten free in the US. I agree with Stephenie on the Green's but warn any Gluten Free person to be very careful with Daura. Daura is a low gluten beer not a Gluten Free beer so if you Celiac, don't drink Daura. Green's Dubbel Dark is my favorite so far. You can find reviews on the Association site at glutenfreebeer.org.