I have to (sheepishly) admit that I didn't know who Tenley Molzahn was when my friend Sarah told me she might be gluten free.  I've been weaning myself off of television recently and when I do watch it, I'm usually tuned to any Bravo reality TV show or Lost.  It turns out that she was on a recent season of The Bachelor. 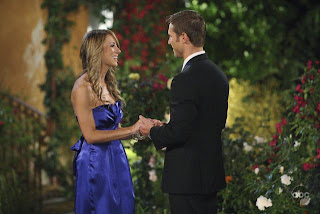 Tenley's season began on January 4, 2010 and while Tenley didn't "win," she was the runner up.  For more info on the season, check out the Wikipedia entry here.

Email ThisBlogThis!Share to TwitterShare to FacebookShare to Pinterest
Labels: Celebrities