To celebrate my friend Ashley's 23rd Birthday I headed down to Laguna Beach this past weekend.  Her friends from the Bay Area were joining us and it was sure to be an over-the-top weekend -- that's how Ashley always does it.

I was a bit concerned about eating over the weekend; in past celebrations with Ashley there's a lot of bad eating going on (think late-night snacking and junk food) and it is sometimes difficult to eat gluten free.  When we were deciding on lunch places, I suggested Javier's because of its great Mexican menu.  Mexican food is typically Celiac-friendly because of the abundance of corn products. 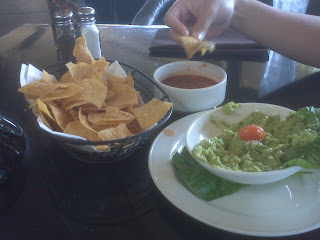 As we sat down I was very careful to ask about the chips they served as an appetizer.  I was told that they were 100% corn and that there was no flour or anything similar used in them, the salsa served with them, or the guacamole we ordered to go on the side.

When I continued to ask about corn being used instead of flour in the restaurant's enchiladas, the waiter asked me, "Are you gluten free?"  Ashley and I were both pleasantly surprised that the waiter knew about the gluten free options on the menu.  He assured me that the enchiladas were also gluten free, as they were made from corn. 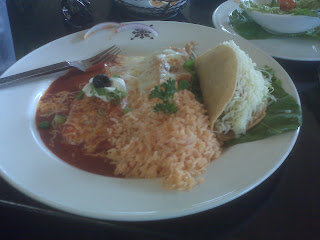 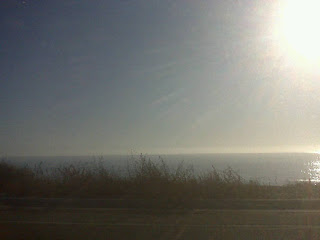 The enchiladas were awesome.  They were served with rice and a taco; the taco was also made out of corn.  The enchilada was smothered in delicious cheese and the meal was extremely filling -- neither of us needed to eat dinner after the enormous portions they served up at Javier's.  The best part?  Overlooking the Pacific Ocean while snacking on delicious food.  Doesn't get much better than that.

Thanks for this post! I am going to Javier's tonight and was worried about gluten-free availability there!

Have you heard of www.GreenCupcakes.com? She is awesome, and these cupcakes are fabulous!