Did you know that gluten free beer was not allowed to be labeled as such by the Food and Drug Administration? The FDA's definition of beer, dating back to 1935, included that the beverage was brewed from malted barley and other grains. For Celiacs, of course, beer made from such grains was inappropriate and would cause illness. 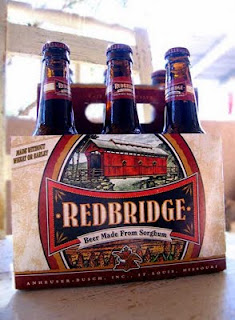 The FDA has just issued new guidelines which apply to non-barley beers. Gluten free beer producers will be able to label their products as "Gluten Free Beer" after the beer is appropriately tested.

Are you excited about this change? I've tried a few different gluten free beers and have not been pleased with any of them. Perhaps that is caused by not drinking beer for over four years -- I remember it as an acquired taste.

USA Today has the full story.
Posted by Stephen at 10:25 AM

Email ThisBlogThis!Share to TwitterShare to FacebookShare to Pinterest
Labels: News